The President of the Republic, His Excellency Paul BIYA has congratulated the Indomitable Lionesses of Cameroon, vice champions of the 10th edition of the Women’s Africa Cup of Nations. This was during a reception offered by the Presidential Couple in honour of the team on 08 December 2016 at the Unity Palace. 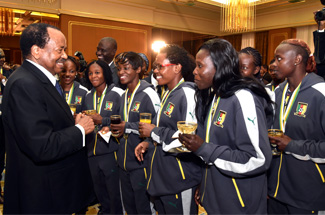 “Cameroonians are proud of you,” he remarked.

The Head of State lauded their performance, which brought honour to Cameroon. He noted that they courageously defended the colours of the nation throughout the tournament and are now considered as models to Cameroonian youths.

In a solemn mood, H.E. Paul BIYA specifically praised Coach Enow Ngachu, whose expertise has transformed the team into a den of “veritable Indomitable Lionesses”. 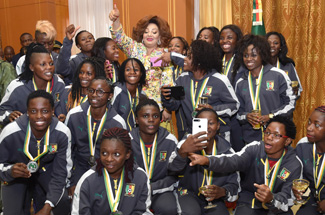 Cameroon’s number one sportsman also appreciated the organising committee for the successful hosting of the Women’s AFCON. He noted that efforts will be made to repeat the same feat in 2019 when Cameroon shall host the Men’s AFCON.

A cross section of Government Ministers, Diplomats and FECAFOOT officials attended the ceremony. 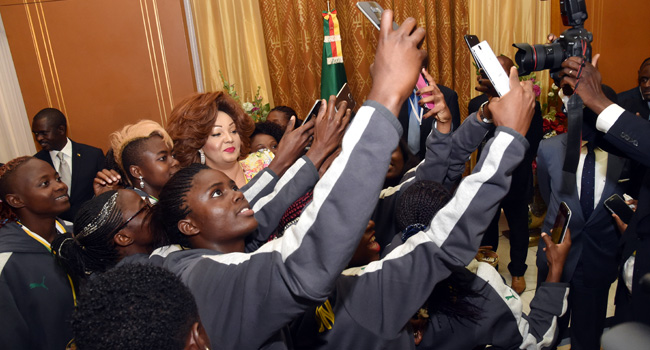