The President of the Republic, His Excellency Paul BIYA and First Lady Chantal BIYA heartily welcomed the Presidents of Chad, Congo, Central African Republic and the Prime Minister of Gabon at the reception in Unity Palace at the start of the CEMAC extraordinary summit. The summit is expected to revamp economic and social cooperation amongst the six member countries of the sub-regional organisation. 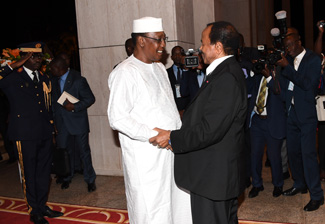 The leaders of the Economic and Monetary Community of Central Africa, better known by the French acronym CEMAC, arrived Yaounde in the afternoon of 21 November 2019. Chadian President Idriss DEBY ITNO was the first personality to touch down at the Yaounde Nsimalen International Airport. The Prime Minister, Head of Government, Chief Dr Joseph DION NGUTE was on hand to receive him, as well as several Members of Government, Administrative Authorities and the Diplomatic Corps. The Chadian President was given military honours with the execution of the CEMAC anthem. 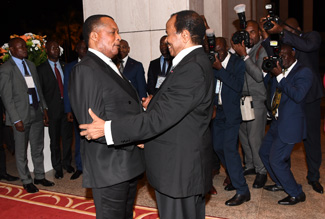 A similar colourful and dignified welcome was later given to the President of the Central African Republic, H.E. Faustin Archange TOUADERA; the Prime Minister of Gabon Julien NKOGHE BEKALE, representing President Ali BONGO ONDIMBA; and President Denis SASSOU NGUESSO of the Republic of Congo. The President of Equatorial Guinea, H.E. Teodoro OBIANG NGUEMA MBASOGO is expected to arrive tomorrow. 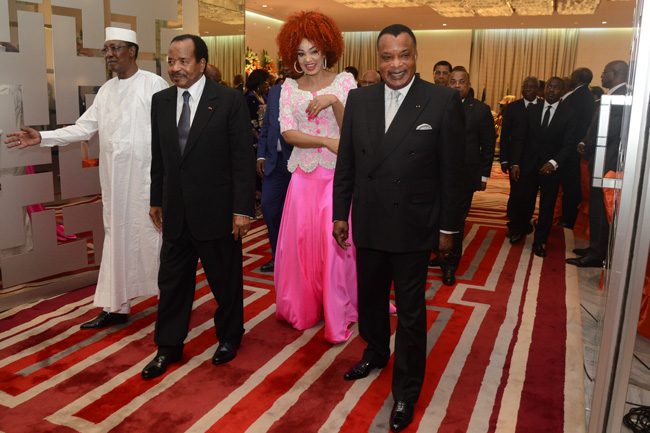