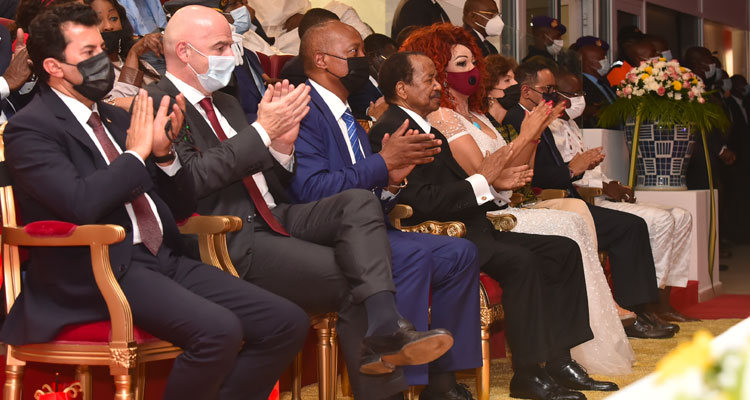 Senegal’s Teranga Lions were crowned champions of the 33rd edition of the Africa Cup of Nations (AFCON 2021) following a penalty shootout against the Pharaohs of Egypt at the Olembe Stadium on 6 February 2022.

The match was preceded by a colourful and spectacular closing ceremony presided over by the President of the Republic, His Excellency Paul BIYA, who was accompanied by First Lady Chantal BIYA. It was characterised by a special musical concert led by Cameroonian artistes such as Salatiel, Daphne and Stanley Enow.

Among the Head of State’s guests were: Madam Audrey Azoulay, Director-General of the United Nations Educational, Scientific and Cultural Organisation (UNESCO); Gianni Infantino, President of FIFA; and Patrice Motsepe, President of CAF.