Mrs Chantal BIYA received 2020 New Year wishes from the spouses of the Diplomatic Corps and National Dignitaries on 10 January 2020. 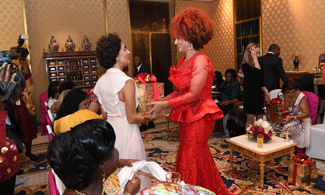 The First Lady opened the event with a tour of all the canopies before her solemn encounter with the wives of heads of diplomatic missions and international organisations accredited to Yaounde.

Mrs Annie Biffot, wife of Gabon’s Ambassador to Cameroon and the Dean of the Diplomatic Corps handed over a bouquet of flowers to Mrs Chantal BIYA at the start of the event. She appreciated the First Lady’s contribution towards the empowerment of vulnerable persons and her husband’s charisma that has helped in the economic stabilisation of the sub region. 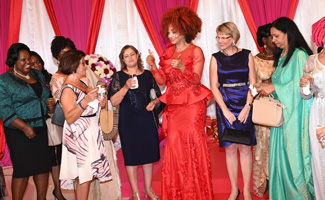 This was followed by hearty handshakes from members of 27 delegations that constituted the spouses of the national constituted corps.

This included among others the wives of: 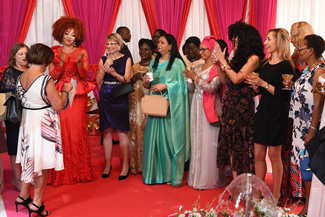