Presidential Couple Back from Lyon 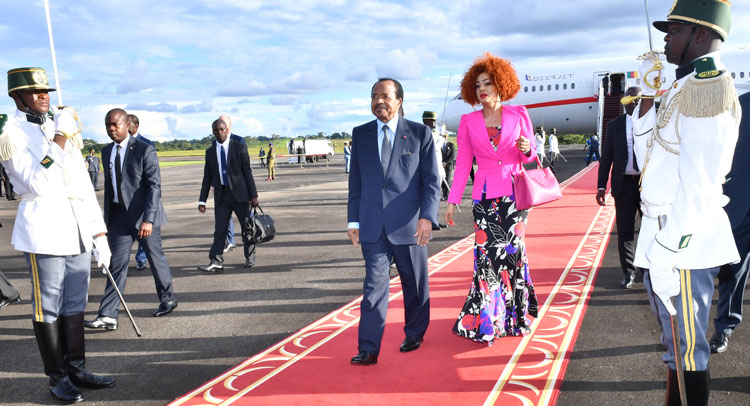 The President of the Republic, His Excellency Paul BIYA and wife – First Lady Chantal BIYA arrived in Yaounde on 12 October 2019, after participating at the Global Fund’s Sixth Replenishment Conference to fight AIDS, Tuberculosis and Malaria, which held from 9 to 10 October 2019 in Lyon, France. 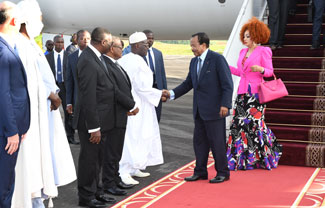 The Presidential Couple were received at the Yaounde International Airport by the Speaker of the National Assembly, the First Vice President of the Senate, the Prime Minister, Head of Government, the Minister of State, Secretary General of the Presidency of the Republic, the French Ambassador to Cameroon as well as a large crowd of CPDM party members and sympathisers.

This was followed by seven audiences granted by the Head of State at the Presidential Lodge of the airport. Those received included:  the Right Honourable Cavaye Yeguie Djibril, Speaker of the National Assembly; Senator Aboubakary Abdoulaye, the First Vice President of the Senate; H.E. Christophe Guilhou, the French Ambassador to Cameroon; Chief Dr Joseph Dion Ngute, the Prime Minister, Head of Government; Ferdinand Ngoh Ngoh, the Minister of State, Secretary General of the Presidency of the Republic; Martin Mbarga Nguele, the Delegate General of National Security; and Leopold Maxime Eko Eko, the Director General of External Research.

First Lady Chantal BIYA equally received the spouses of her husband’s close collaborators in an adjacent room before their departure to the Unity Palace. 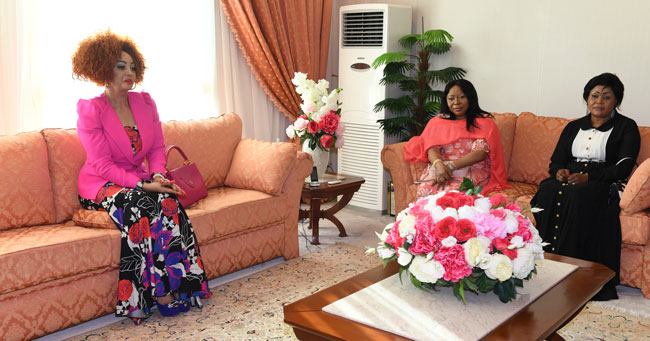