The President of the Republic of Cameroon, His Excellency Paul BIYA has received reassurance that the People’s Republic of China will continuously support the country’s Vision 2035 economic road map. 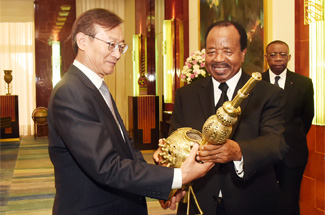 Thiswas disclosed during an audience granted to Mr. Zhang Ming, Chinese Vice Minister of Foreign Affairs, at the Unity Palace, on Wednesday 28 June 2017.

After the meeting with the Head of State, Vice Foreign Minister Zhang Ming said he was delighted with the friendly and excellent cooperation ties that exist between Cameroon and China. Thus, his two-day visit is another step aimed at solidifying these ties, especially in the economic sector. 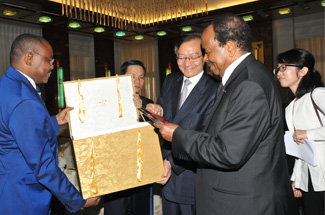 President Paul BIYA’s next visit to China was also highlighted during the discussions. The Cameroonian leader received an invitation from his Chinese counterpart, President Xi Jinping on 11 January 2017.

The Chinese official was accompanied by the Chinese Ambassador to Cameroon, H.E. Wei Wenshua.