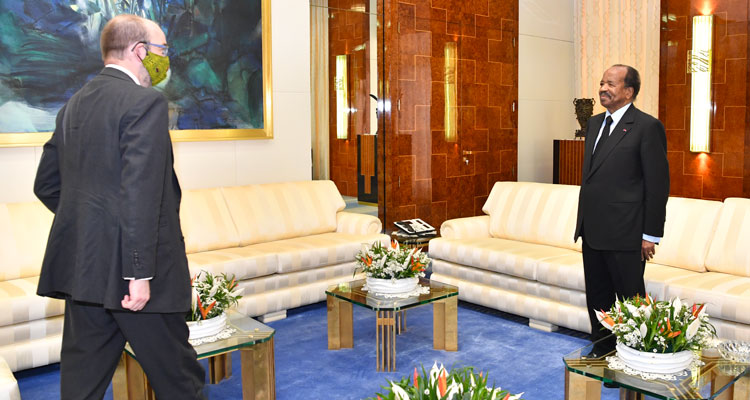 James Duddridge, UK Minister for Africa at the Foreign, Commonwealth and Development Office was received in audience by the President of the Republic, His Excellency Paul BIYA at the Unity Palace on 25 March 2021. 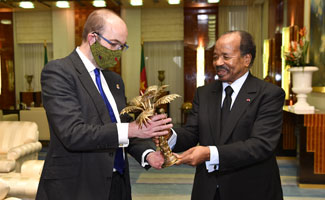 Both personalities reviewed the long-standing and excellent cooperation ties that exist between Yaounde and London.

Speaking to reporters after the 90-minute meeting with the Head of State, James Duddridge said they talked on a number of subjects around the world, the region and the African Union. 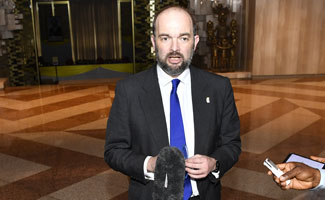 “We discussed the situation in Cameroon, commercial opportunities and the contribution British businesses make especially through the creation of jobs and the payment of taxes,” he added.

The 2021 United Nations Climate Change Conference (COP26), to be organised in Glasgow, was equally part of the cordial exchanges that President Paul BIYA had with his guest.

Also on the agenda was the global fight against the coronavirus pandemic (COVID-19) and the efforts made by the UK in the financing and distribution of vaccines to developing countries. Minister James Duddridge said the UK made a donation of 584 million pounds into the COVID-19 Vaccines Global Access (COVAX). He also announced that vaccines will soon arrive in Cameroon.

The UK Minister for Africa is on a working visit to Cameroon. He was accompanied to the Unity Palace by the British High Commissioner to Cameroon, H.E. Rowan James Laxton.