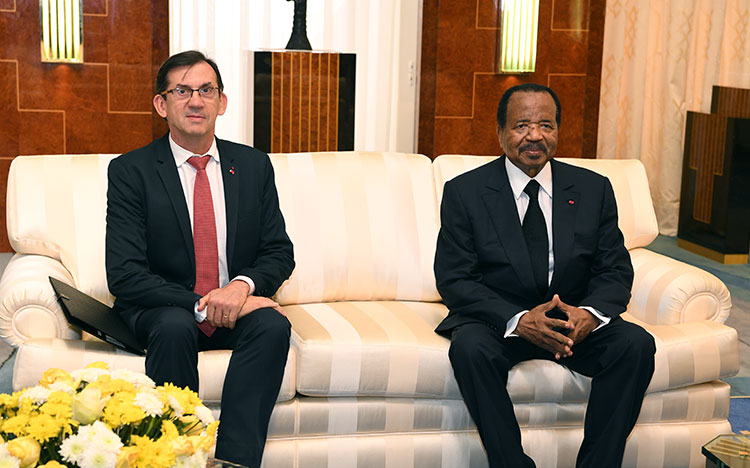 The President of the Republic, His Excellency Paul BIYA granted a farewell audience to H.E. Gilles Thibault – the outgoing French Ambassador to Cameroon at Unity Palace on 26 July 2019. 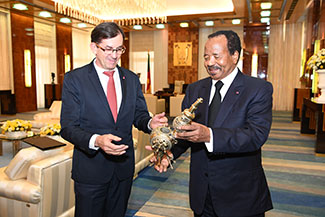 It was an occasion for both personalities to revisit the fruitful ties between Yaounde and Paris, and evaluate actions taken by the French Diplomat to strengthen this longstanding friendship during his three-year mission.

The discussions that lasted for three hours thirty minutes addressed a wide range of issues linked to Franco-Cameroon cooperation; especially in areas such as security, culture, trade and investment.

H.E. Gilles Thibault told reporters that he seized the opportunity to brief the Head of State on two cooperation agreements signed a few hours before the audience. These included the funding of the third phase of the French Debt-Reduction Development Contract (C2D) aimed at stabilising the CEMAC zone, and a symbolic subvention to refurbish and modernise the National Museum. 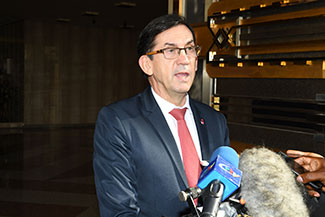 The French Diplomat was happy to recognise that his actions have contributed to guarantee continuity in diplomatic affairs, which has helped to foster cooperation ties between both countries.

“We are united in the long run for more diverse, important and innovative projects that will be dedicated and beneficial to the Cameroonian people,” he explained.

Ambassador Gilles Thibault said he is leaving Cameroon with a luggage filled with beautiful memories.