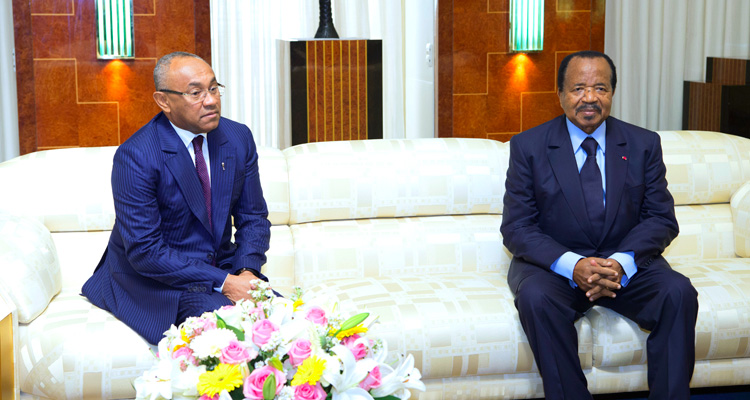 Cameroon will host the 2019 Africa Cup of Nations under the auspices of the Confederation of African Football (CAF). This reassuring message was part of a high-level discussion between the President of the Republic, His Excellency Paul BIYA and the President of CAF, Mr Ahmad Ahmad at the Unity Palace on 2 October 2018. 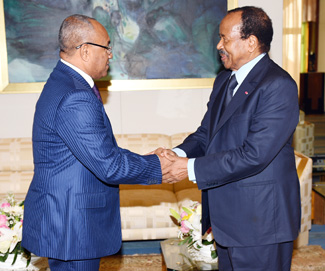 Speaking to the press after the audience, Mr Ahmad Ahmad debunked rumours that CAF would withdraw the hosting rights from Cameroon. He said CAF has never envisaged such a scenario. Normally, it is the host country that has the final say, he stated.

Thus, the meeting with the Head of State was an opportunity to extinguish doubts raised by ill-intentioned individuals in Cameroon and abroad. Mr Ahmad explained that the continental body was satisfied with the Government’s outright willingness to develop football infrastructure before the start of the competition. 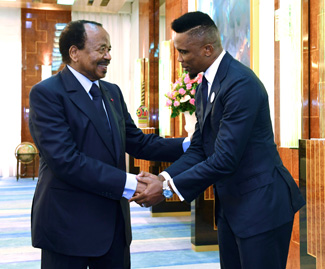 The Head of State’s request for Cameroon to gain full ownership of the CAF Excellence Centre in Mbankomo was accepted. Thus, an agreement will be signed for the transfer of ownership to Cameroon’s newly-created Football Academy (ANAFOOT).

Quizzed about the 7 October 2018 presidential election, Samuel Eto’o pledged to vote for Candidate Paul BIYA – for his high sense of fraternity and in the interest of peace and living together in Cameroon.